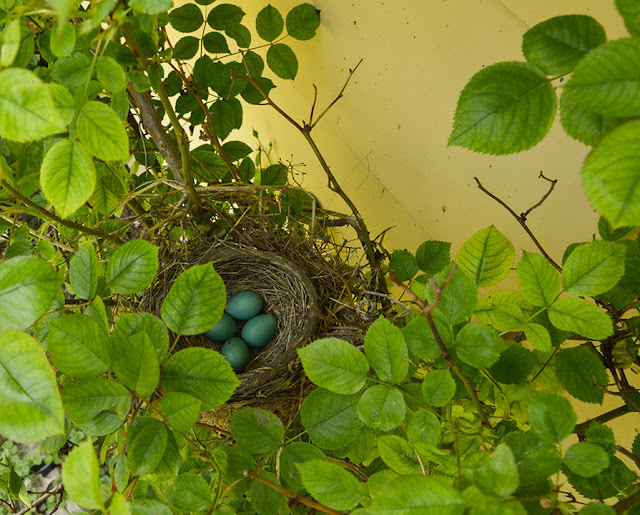 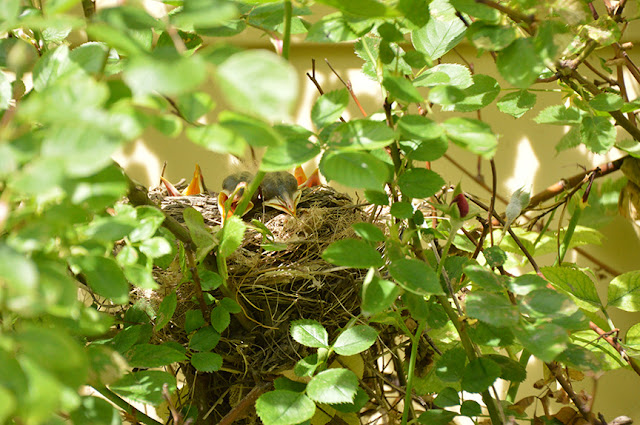 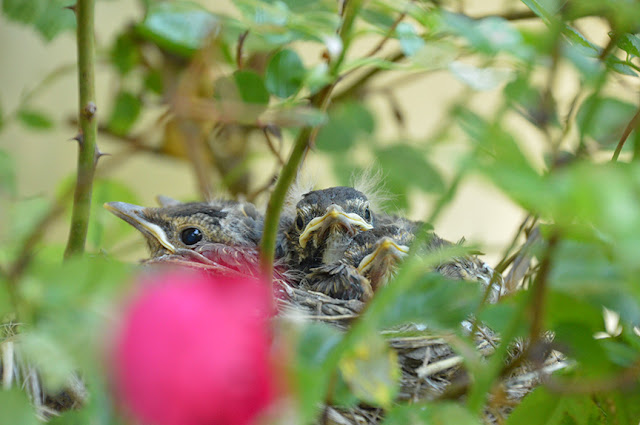 I watched those baby robins from the day they hatched. Yesterday, they tested their wings.
It took just 14 days.
I would peek into the nest every morning, just to see if they were all still there - there were four. I was prepared to put anyone back into the nest who fell out. The bigger they got, the more I worried that would happen. They began to look pretty crowded. But every day, there were four. Until yesterday.
When I peeked in I saw only two. I immediately looked around, wondering where the other two had gotten to. They were nowhere to be found.
Suddenly, one of them flew from the nest, little wings flapping, as it landed in the grass, a few feet away. I watched as it hopped off into the taller grass surrounding my garden plot.
Realizing the fourth one would probably do the same, I grabbed my camera. Sure enough, within minutes, out he flew! This one eventually made it under a bush. 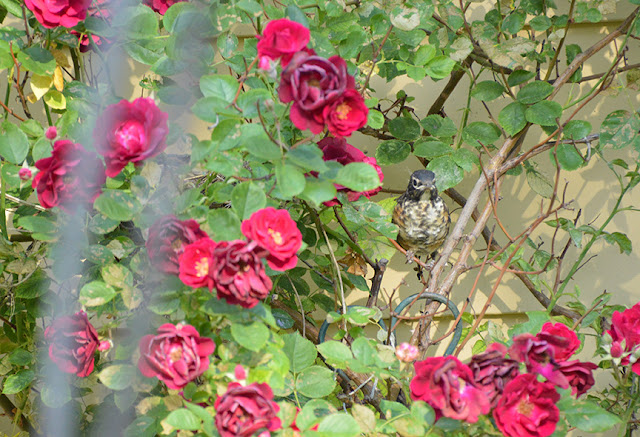 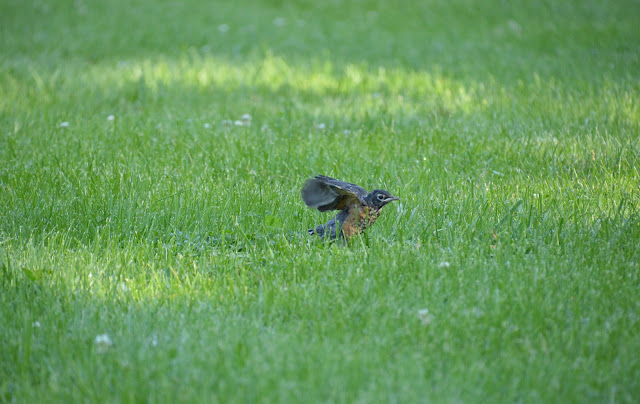 Watching the yard from the deck, I hoped to see mama Robin come and find her little ones, but the sight of a huge hawk landing in a nearby tree had me running into the yard. "Not the babies!" I vowed. Immediately five other birds flew from nearby trees and chased the hawk off. I was relieved. They take of their own.
I have not seen the babies since. But I have seen mama and papa robin, who took turns feeding them constantly while they were in the nest, nearby with food in their beaks. I tell myself the babies are safe and the parents will feed them and teach them to fend for themselves and that they will make it out into the big wide world. 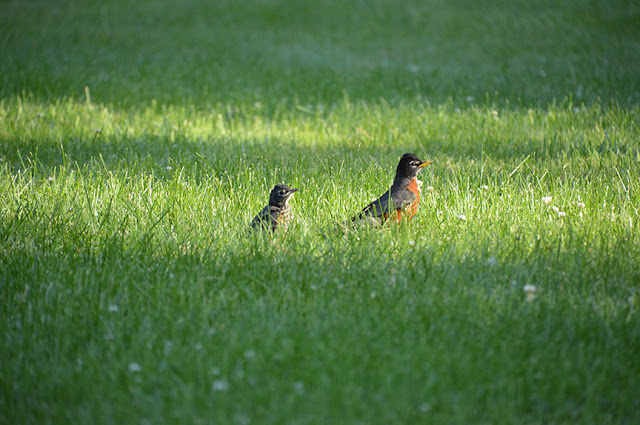 It was sad to see them go. I hope they come back for a visit. Aunt Maureen misses them. 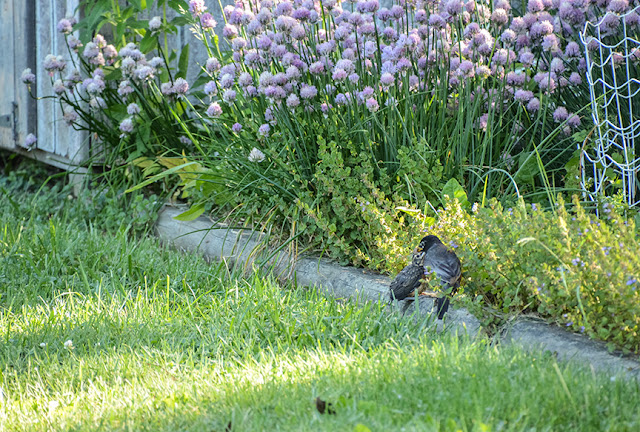