“Summertime is always the best of what might be.” ― Charles Bowden

Summer mornings for me are best spent outdoors, in the morning sun, with a good cup of coffee. The world is still peaceful, not yet fully awake. Maybe that's why the animals like it. I have been fortunate, these past few years, to live on the edge of a wood. So, I take my summer mornings with joy, and hope for a good day as I sip that coffee. And many mornings, I have company...

Of course, there is always Bailey, hoping for a cookie. 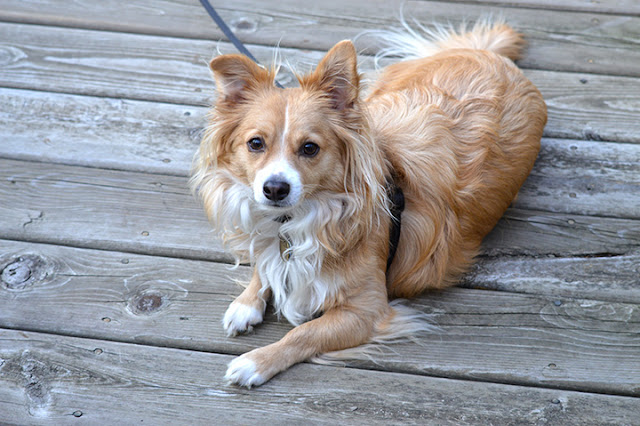 There are always all types of birds 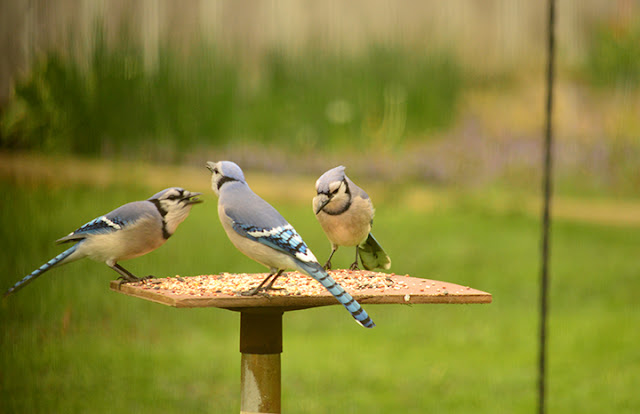 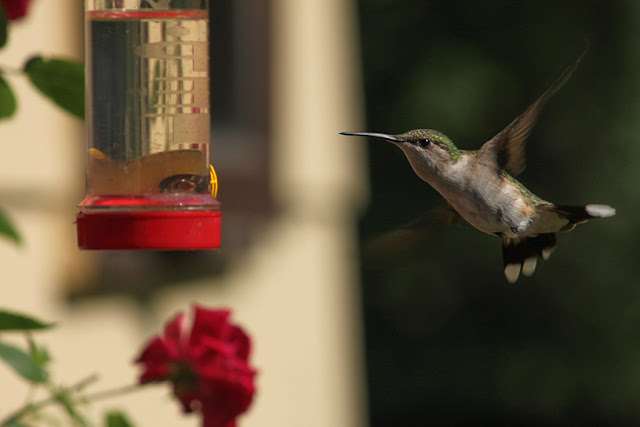 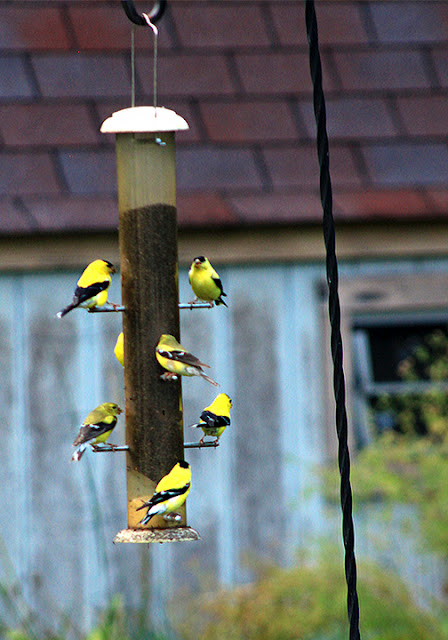 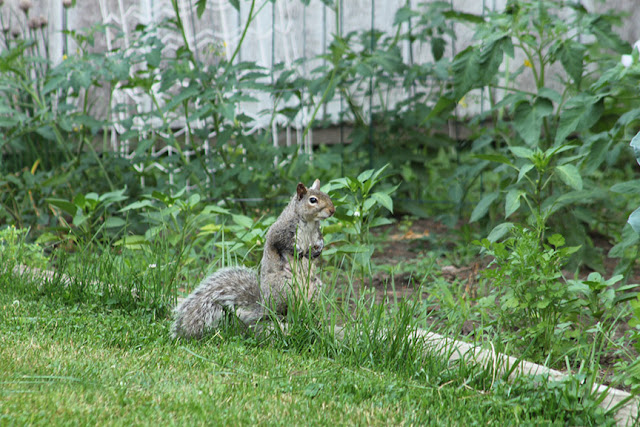 And sometimes, the mother deer will bring out a baby or two 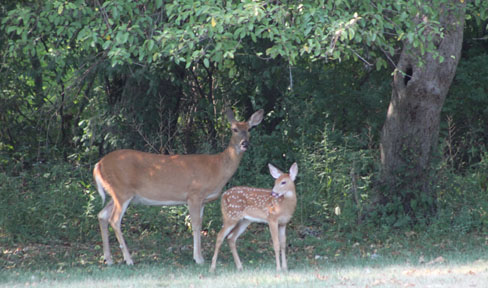 And on occasion, we get the unexpected! 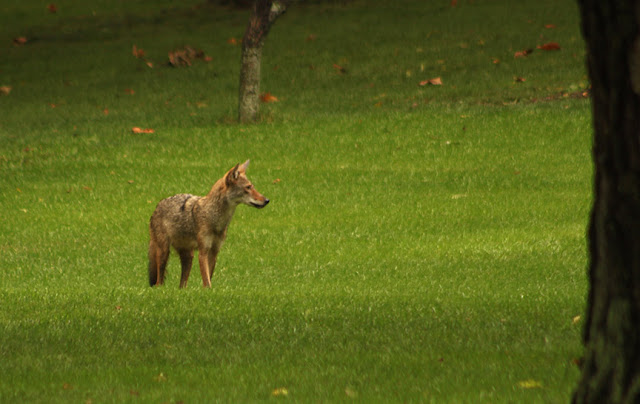 Luckily this one was only after some apples! 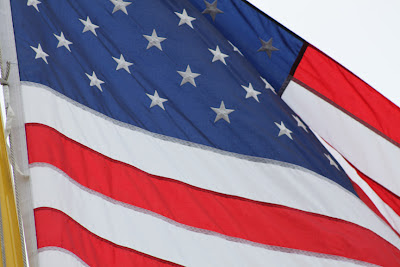 There are different forms of freedom – freedom of speech, freedom of religion, freedom from oppression, freedom from a dictator, freedom from an abusive spouse or parent.  Freedom of and freedom from.  Freedom brings responsibility; being accountable for one’s self and not infringing on other people’s rights - even when they don’t believe the same things we do.
There have been wars and revolutions throughout history in the name of Freedom.  I think sometimes we forget how dearly our own country paid for our Independence.

We have a number of symbols of our freedom here in the U.S. – the flag, the eagle, the statue of liberty, among others. Betsy Ross is credited with sewing the first American flag.  (Did you know A flag expert is called a "vexillologist?")  It was also a woman, Emma Lazarus, whose poem "The New Colossus" appears on the base of the statue of liberty.  Francis Scott Key of course wrote the lyrics to the Star SpangledBanner, something that I hope is still being taught in schools. It became our national anthem in 1931.

I think the National Mall in Washington D.C. is one of the most exciting places to see some of our monuments to freedom.  Laid out on about 1000 acres the mall really is the people’s place. The boundaries of the mall are the Capital building to the Lincoln Memorial, and the White House to the Jefferson Memorial.

Several years ago I was fortunate enough to spend some time walking along the reflecting pool, the section between the Lincoln Memorial and the Washington Monument – a good sized piece of real estate – and was totally impressed.  It’s a beautiful area, anchored by the two monuments just mentioned, with other memorials in between and further out.  On the other side of the Washington Monument is the two mile green mall where protesters often gather, exercising their right to freedom.  I wish every American could see our nation’s capitol at least once in their lives. Not only is it impressive, but it’s a wonderful history lesson that instills a sense of pride in being an American.

In Philadelphia, there is the Liberty Bell and Independence Hall and in Boston there is the harbor and the Old North church where the lanterns were hung to alert the militia that the British were coming. In New York there is of course, the Statue of Liberty on Ellis Island and FreedomTower, built on the site of the World Trade Center.
In South Dakota there is Mount Rushmore with it’s carved faces of presidents George Washington, Thomas Jefferson, Abraham Lincoln and Theodore Roosevelt.  It was built as a ‘shrine to democracy' by Danish-American sculptor Gutzon Borglum and his son, Lincoln, although a state historian named Doane Robinson is credited with conceiving the idea of the sculpture.  It is far more impressive in real life than it is in pictures, with faces 6- ft tall or, to put it in perspecitve, the size of a 5 story building.

There is Chickamagua, Fort Sumter, Antietem and Gettysburg.
There is Selma, and Montgomery, and Birmingham, Alabama.
There is Wounded Knee and Little Big Horn.
In Texas there is the Alamo and in Hawaii there is Pearl Harbor.
From sea to shining sea.
Different wars, different fights, different freedoms.

We enjoy our beautiful Monuments to Freedom as well we should and revere those graveyards that honor the fallen who have defended that freedom.  For they deserve to be honored.  And thanked. Profusely.

In the midst of our picnics of hot dogs, burgers and sodas, our dips in the pool or the lake or the boat ride on the river, in the midst of our brightly lit, loud, colorful fireworks, let’s all try to stop for a just a minute and think about what we are celebrating.  And then get back to dancing!

Those who deny freedom to others deserve it not for themselves.  Abraham Lincoln
Freedom is never more than one generation away from extinction. We didn't pass it to our children in the bloodstream. It must be fought for, protected, and handed on for them to do the same.
Ronald Reagan 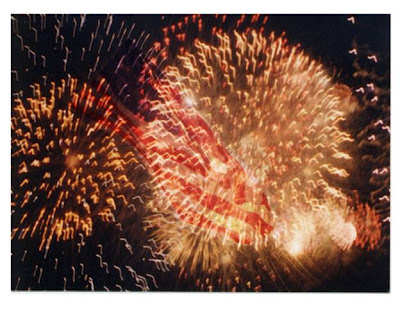 As always, words and photos are my own and require permission to reprint.
However, feel free to share the blog in its entirety. In fact, I encourage it!

Visit my NEW website  MauveOnTheMove.com
Posted by Mauverneen at Tuesday, July 04, 2017 No comments: