by Mauverneen
﻿
I was in for a relaxing weekend and as it so happens, there was an automotive event scheduled in Ephraim that same weekend. Listed as a combination Hill Climb and Concours, I was very interested in checking it out. I know what to expect at a concours, but wasn’t sure what to expect from a hill climb. The area has a strong Scandanavian heritage and Kurt Bakkelop is Norwegian for Short Hill Climb but since is not noted for it’s hills I was particularly curious about that aspect of the event.


Not a race or a timed event, this climb was more of a personal challenge to the individual driver - to see how his car - and himself -  handled the turns and the curves.  The driver could run the climb as many times as desired. This course was just under a mile, all uphill of course, with several hairpin turns lined with bales of hay in the event any driver missed the turn. Helmets required.

When I was asked if I would like to ride, I did not hesitate in saying yes. That required locating a decent fitting helmet – I had to take what I could get - removing my dangling earrings and the clips holding my summer ‘do in place. They both were uncomfortable under the helmet, did not allow it to fit snugly, and in the event the car did not make a turn, either of those could give me some extra head piercings I really would not want. 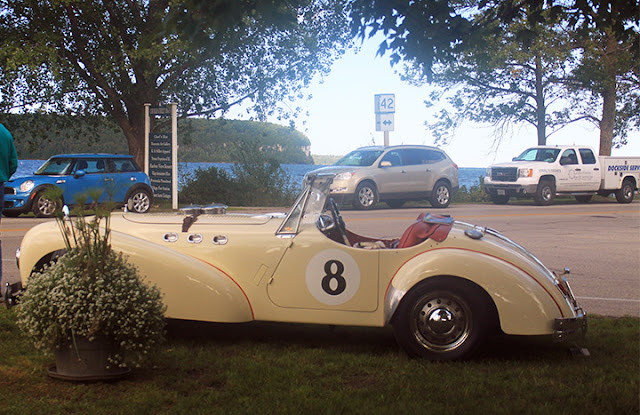 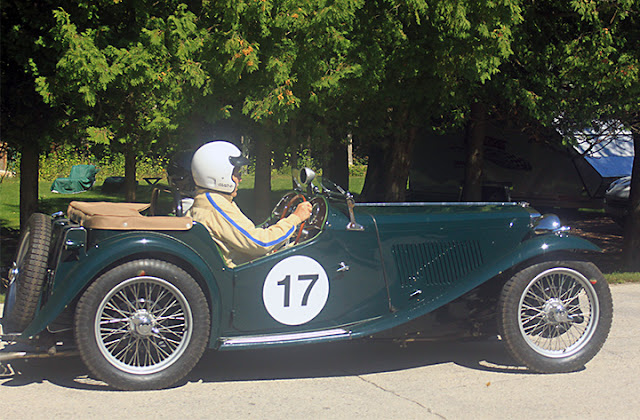 I was buckled into the passenger seat of a 1948 Jaguar MGTC alongside the driver, Graham Welch.  We pulled to the starting line and waited for the flag. Walkie talkies kept everyone aware of when the turns ahead were clear before the next car was given the go ahead flag. 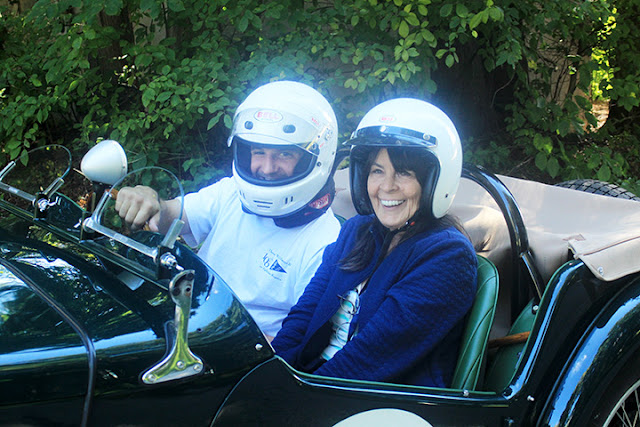 The flag was waved and we were off – like a bullet! My driver handled the turns very well and of course we made them all. I for one was grinning all the way. I am pretty sure Welch was too. It was not his first run of the day nor was it his last and it was obvious he was enjoying every minute of it. 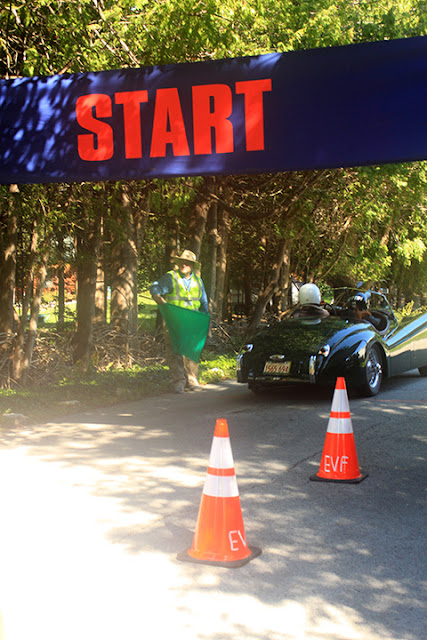 Cars not running the course or those awaiting a turn were getting checked in, inspected, or parked for viewing pleasure. Participants later met for a dinner at the Village Hall where a lively band provided music from the Big Band era. Encouraged to dress in 1940’s style, there were lots of hats, gloves, and ties. A fun end to a fun-filled day.
The next day, Sunday, the vintage cars were parked along the sparkling blue background of . A beautiful setting peppered with seagulls and sailboats as awards were handed out. The first annual Ephraim Hill Climb and Concours came to an end. I’m looking forward to next year, and from all accounts, so are a lot of other people. 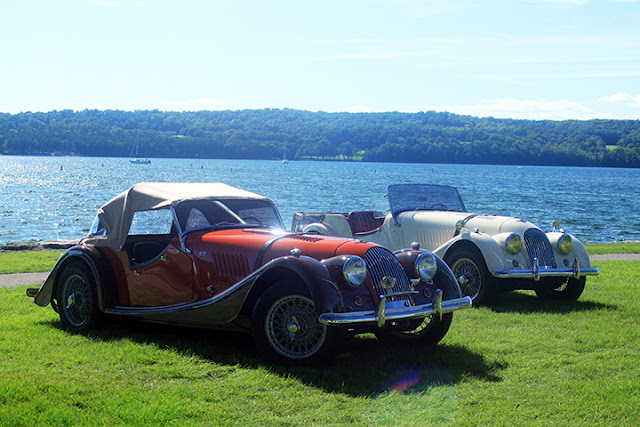 With the cars dispersing, my group and I headed over to for some ice cream. No trip to is complete without a trip to . Oversize scoops in hand, we found a bench along the water and savored our ice cream as we gazed out at the shimmering water. Dinner and some shopping were on the agenda and the sky held the promise of a beautiful sunset. 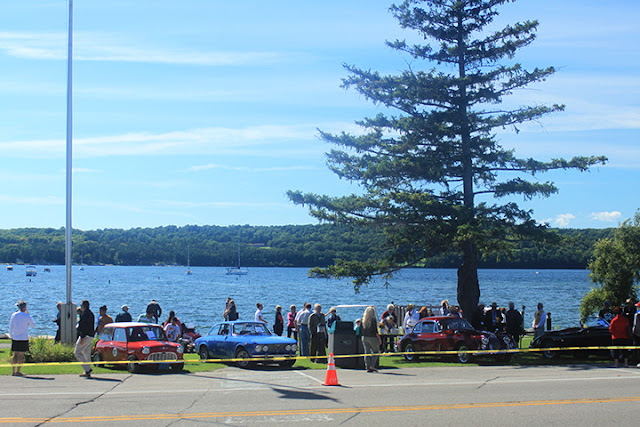 ﻿﻿﻿
As always, words and photos are my own, and require permission to reprint.
However, feel free to share the blog in it's entirety. In fact, I encourage it!
Interested in photo prints? Contact me! maureenblevins@yahoo.com
See more photos at http://fineartamerica.com/profiles/1-mauverneen-blevins.html
I am always adding more!
and visit my website: http://mauverneen.com
Posted by Mauverneen at Tuesday, September 22, 2015