A recent trip with a car club took us to the Klairmont Kollection, in Chicago, IL. - A mind boggling assemblage of over 300 cars. 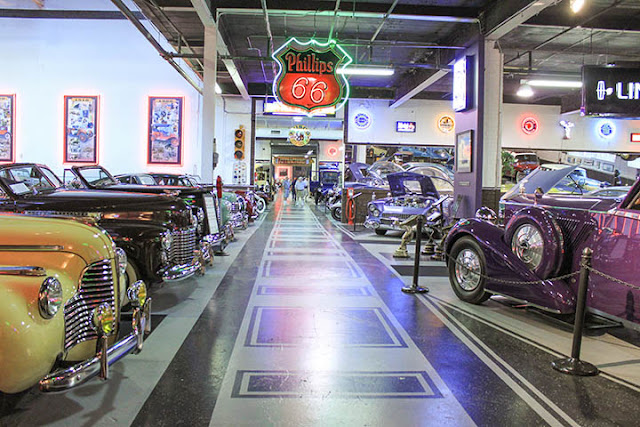 Classics, one-offs, concept cars, small cars...he has one of everything it seems. What really captivated me on this day however were the concept cars. Looking like something out of the Jetsons, these manufacturers concept cars were truly futuristic., Not only were they design stand-outs, but completely luxurious! 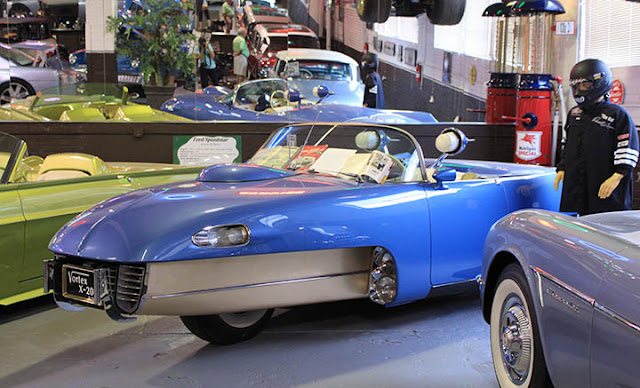 A Ford 1962 Vortex three wheel Speedster was featured in magazines and tv ads. It took designer Jerry Woodward six years to hand build this car - it caused a sensation and was touted as the car of the future. 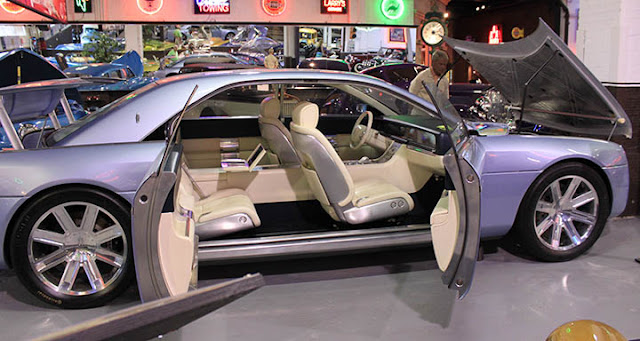 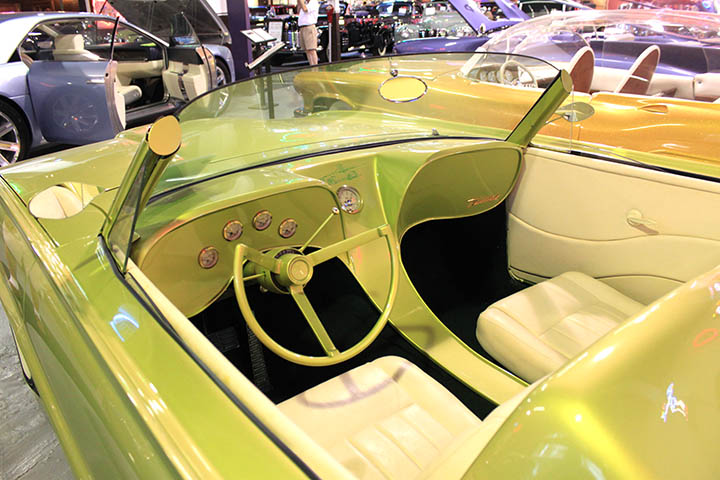 Another Ford - a 1955 'Beatnic bubble top' - is a mix of Cadillac, Chrysler, and Lincoln components. Hand formed steel and aluminum, this car won numerous awards. I like the clear bubble top - no blind spots!
No visible door handles had me wondering...  What looked like a design element on a rear panel did move, but I was not going to push too hard. I didn't want parts to start moving! 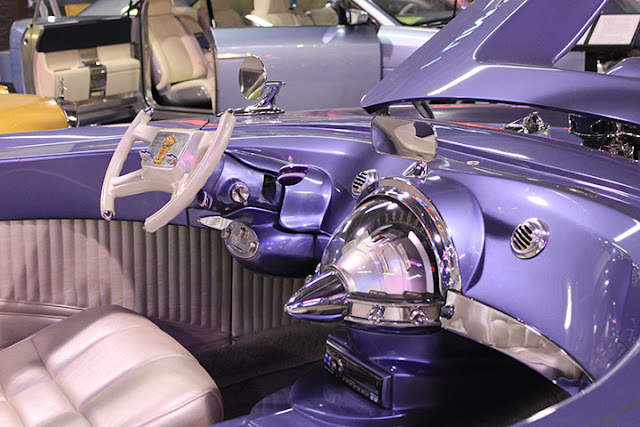 Rolled and pleated white interior and stunning wrapped dash. Note the steering wheel and that center bubble. The bubble contains the speedometer, gauges, lighting controls and who knows what else! 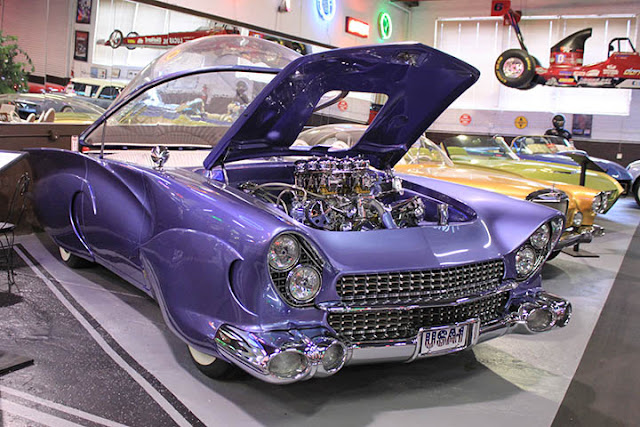 Have a Positively Positive Tuesday!