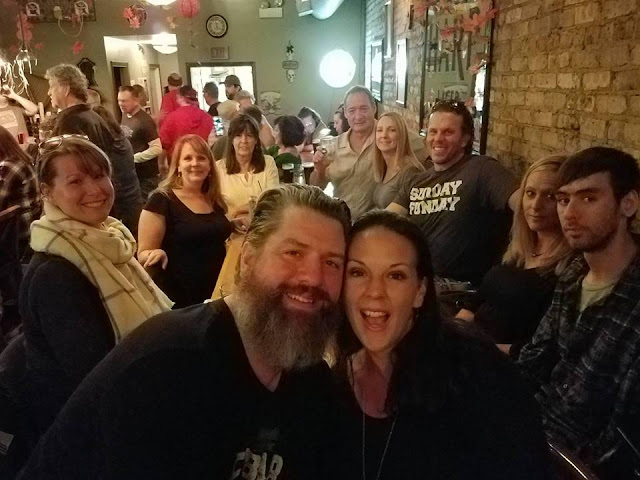 
﻿ It truly was a Sunday Funday.


Paul Sanchez, a talented musician hailing from New Orleans, was coming to town. Paul is a man my family happily calls friend. They have known Paul since his days with the group Cowboy Mouth, several years back. For whatever reasons, Paul became a solo act, well known in the city of New Orleans, with credits such as the television series Treme and the musical Nine Lives, an engaging story of people touched by Hurricane Katrina based on the book of the same name by Dan Baum.

For about the past year or so Paul Sanchez has been touring the country, solo, promoting his latest CD, Heart Renovations. In Joliet earlier this year for a private gig, he returned to the Chicago area this past weekend, with appearances at Fitzgeralds and at Toons - both well known music venues. ﻿﻿﻿﻿
﻿

And on Sunday, right here in Joliet at the Chicago Street Pub. Sunday also happened to be his birthday. More good friends of Paul’s provided some delicious home cooked Jambalaya, Gumbo, cornbread (and of course birthday cupcakes) for a Big Easy style dinner.


Sunday afternoon and the place was packed. Before Paul arrived a local guy named John Condron and his guitar kept us entertained.

Paul Sanchez has an easy, relaxed style, with a story to go with every song. Songs he himself wrote and are generally based on his own life experiences.


A wonderful storyteller, both in his songs and his narratives, he has stories and songs about drinking and getting drunk in Ireland, Louisiana hurricanes and Canal Street, and of course affairs of the heart - fun, entertaining, and also touching. We all can find something to relate to in his music.

Condron eventually joined him on stage to provide a little back up and harmony. As people came in and out I noticed a man with a large instrument case come in. So did Paul, graciously inviting the guy with ‘the machine gun case’ to join him. That turned out to be Ellis Wright and his saxophone. Also invited to play was a trombone player named William Cooper. Wright, Cooper, and Condron are all locals and have played the Chicago Street Pub often but not necessarily together.

What happened next was a bit of magical serendipity. I am not sure they knew Paul’s music, and Paul certainly had no idea how well they could play, but they jammed as if they played together EVERY Sunday. And his style of music certainly lent itself to those backup horns. It was electric. I hope the musicians had as much fun as the rest of us! Sanchez jokingly commented that he just may have found his next band "The Joliet Reformatory Band".  I think he may have something there. 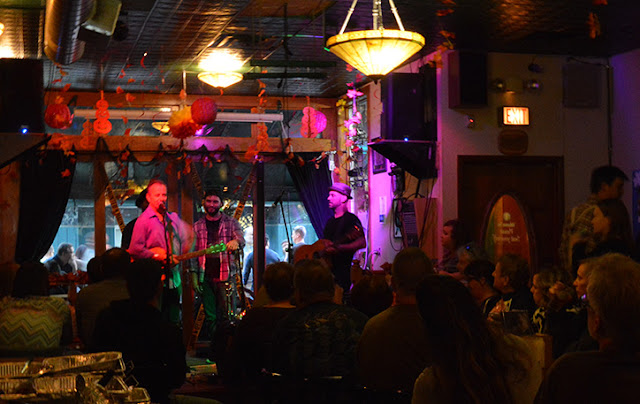 Closing out the afternoon was a number called At The Foot of Canal Street. If you know what it means to miss New Orleans, you’ll know Canal Street. The white hankies were waving. Leaving the place that evening I felt as if I had just had a short trip to New Orleans - a wonderful, happy feeling. It occurred to me that during his tour around the country Paul has visited many friends, no doubt made many new ones and probably had other rousing afternoons and evenings a lot like this one. And it struck me just how blessed Paul Sanchez is. He has talent - and he has friends. Lots  and lots of friends. 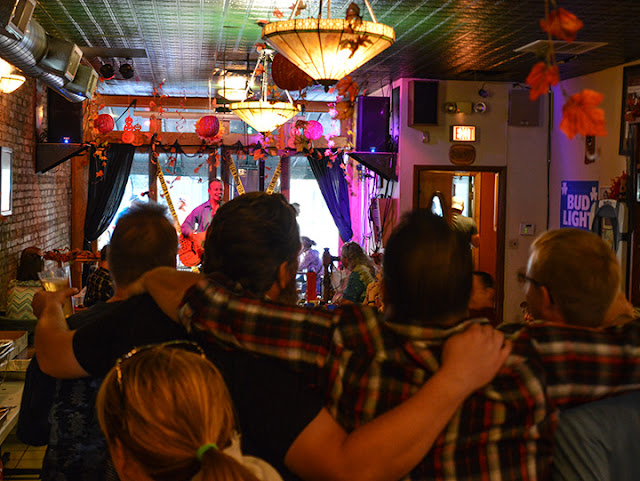