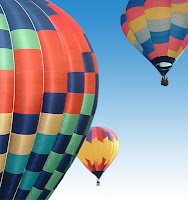 I thought I would google the word Tuesday just to see how many famous ‘Tuesdays’ I might find.  Not all that many as it turns out. The word Tuesday itself comes from Olde English - Tewesday, meaning "Tīw's Day", Tiw being the god of combat in Norse mythology.  Maybe it was considered good luck to start your war on a Tuesday.

“Tuesday’s child is full of grace” is probably the most popular reference to Tuesday. (On second thought there is Fat Tuesday, which seems to be quite popular but that’s a totally different genre.) The quote "Tuesday's child..."  is from an old nursery rhyme titled ‘Monday’s Child’. Meant to help children learn the days of the week, it endowed a child with certain characteristics belonging to the particular day of the week on which they were born.

There are a number of books, both for children and for adults, with the title “Tuesday’s Child”  and a lot more have Tuesday in the title in one way or another, including the popular ‘Tuesdays with Morrie’ – a book by an American writer, Mitch Albom.   It was later turned into an award winning TV movie starring Jack Lemmon as Morrie and Hank Azaria as Mitch.


There is a marvelous little picture book called ‘Tuesday’, written by another American author, David Wiesner, which received the prestigious Caldecott Medal  in 1992. Although aimed at very young children, I found it highly entertaining and a great spark for the imagination.

There is also a British movie called Tuesday – about 3 groups of bank robbers who decide to rob the same bank on the same day.  I was disappointed to find it billed as action/crime/thriller – it sounds more like a comedy. I’m already laughing just thinking about three separate groups of would-be crooks arguing over who gets to put the money in the bag and take the hostages. Maybe I should write that one myself! (Hmmmm. Let's see. Will Ferrell, Chris Rock, Danny DeVito, William H. Macy, Steve Martin, and Eddie Murphy?)

﻿﻿﻿﻿Tuesday Weld is the name of a very pretty actress. Quite popular in the 60’s, she still occasionally appears in films. Some of us actually remember her from movies with Steve McQueen and Elvis.

As for Fat Tuesday – better known as Mardi Gras – most of us know it is the day before Ash Wednesday.  The day we commit all those sins of gluttony and debauchery that it’s going to take the next 40 to do penance for, give or take.

Tuesday also has a couple of bad associations and even though this is supposed to be a POSITIVE blog, I include them because I promised some Tuesday trivia.  Black Tuesday in the United States, refers to Tuesday, October 29, 1929, part of the great Stock Market Crash of that year, said to have marked the start of the Great Depression.  September 11, 2001 was also a Tuesday.


Election Day is always on a Tuesday, but whether that is Positive or not is a matter of opinion – depending on the outcome and which candidate you voted for.


Some of you may already know the following bit of trivia, but I didn’t.  One of the more interesting things I learned googling Tuesday is that Patch Tuesday is the second Tuesday of every month – it’s when Microsoft releases patches for their products. A number of system administrators however are known to call this day Black Tuesday.


﻿﻿And finally - Tuesday Morning is a retail store with bargains on upscale goods. Around since 1974 it’s actually open on more than just Tuesdays, but Tuesday is the day of the week they start their sales –hence the name.

With not that much to say about Tuesday, POSITIVELY TUESDAY seems like a pretty good idea, don’t you think?
﻿
To make it a little more positive – I’m going to have a giveaway!  Free is good any day of the week, right? Just sign up for my blog, post a comment or just email me and I’ll pick one winner to receive a set of my notecards. Easy enough, right?  And who knows, you may find yourself on the receiving end of a Positively nice little gift. So good luck and think POSITIVE!


Note: You probably noticed that today’s photos have nothing to do with tody's blog. They are a selection from my cards. You can see them all on my website Http://mauverneen.com.


As always, words and photos are my own work unless otherwise noted.  Should you like to forward Postively Tuesday, please do so in it’s entirety and give credit to the author(s).  Thank you!