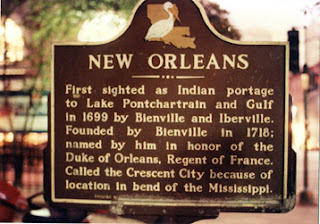 
Sitting and staring at my computer screen for hours wondering what to write about,
I started reading news headlines, looking for some inspiration. And there it was – .


With Hurricane Isaac planning a visit on the very anniversary of it’s infamous predecessor Katrina, things are not looking so positive for them right now. Our hearts go out to them – especially because they’ve been there before. But will survive. It always does. 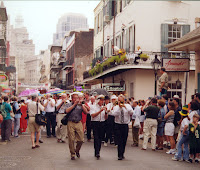 It did not invent Mardi Gras but certainly took it to a new level and while Mardi Gras may be what brings most tourists to NOLA it’s not the only Festival in town. There are the famous Jazz and Heritage Festival, French Quarter Fest (my favorite), and the Tennessee Williams Literary Festival, complete with it’s ‘Stella’ shouting competition. To name just a very few.


Food and music are the soul of this city. Jazz and Zydeco reign supreme and you won’t hear them played better or with more heart anywhere.

Eggs Benedict were invented here and Crawfish, Muffalettas and Po’Boys are standard fare. Cajun, Creole, French?  You’ve got to sample them all. Prudhomme, Emeril, Besh, and Harris are only a few of the famous names in the culinary world that have restaurants in The Big Easy and you can go right to their kitchens while you’re in town. I have even tried alligator on a stick. A little chewy, but hey! I had to be able to say I tried it, right? 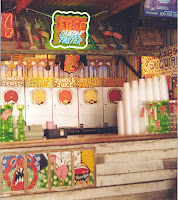 is undoubtedly the most fun I’ve ever had in a tourist trap, (and I say that with the greatest affection). With souvenir shops sandwiched in between walk-up open-air bars, the music escapes from open store fronts and anybody with two ounces of rhythm in their bones will want to take that Hurricane go-cup and do the Cajun two step all day long. It’s a great place to pick up beads  (even if it’s not Mardi Gras), t-shirts for everybody back home, some Zydeco by Rockin’ Sydney, some Jazz by the Preservation Hall Jazz Band, and some great memories. 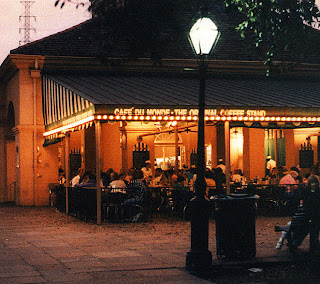 Down by the riverfront St. Louis Cathedral, Jackson Square and the French Market are just steps away from Café Du Monde, where everybody ends up at some point for a cup of chicory coffee and a beignet.  You can get your palm read or your cards read in or find a quirky piece of artwork. The market is an enticing blend of fresh food, spices and hot sauces, and vendor booths that tempt visitors to poke about for something a little different to take home. Besides some fabulous Mardi Gras masks, I’ve come away with a stone Buddha, hand woven baskets and a petrified frog. Yep. A petrified frog! And if petrified frogs don’t appeal to you, take a walk down to peruse the antique shops and then hop on the St Charles streetcar to the Garden District, where stately mansions offer a peek into the city's past. 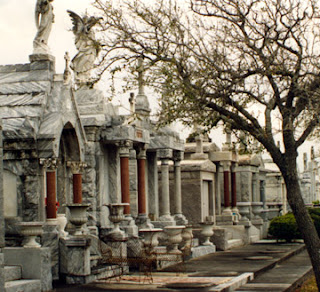 Is ‘cemeteryphile’ a word? I love wandering around old cemeteries and the ones in are exceptional with their elaborate tombs and interesting history. Sometimes it’s a little spooky wandering around graves of people you don’t know, but it is quite the NOLA experience. The ‘cities of the dead’ are definitely worth the look.


There are voodoo tours, swamp tours, ‘Haunted’ New Orleans tours, even a zombie and vampire tour –  not to be confused with the cemetery tour. From Marie Laveau to Anne Rice’s Lestat, there is enough there to scare the beejeebies out of almost anybody. And if you don’t know who Marie Laveau is, once you’ve been to you’re likely to find out, along with the difference between a mojo and a gris-gris. Tourists tend to take all of this with a grain of salt, but there are those who take it very, very seriously. My advice? Don’t offend them. After all, they do know their voodoo! I just wish it was powerful enough to turn the likes of Isaac into just another storm. I think they've had enough.


Like so many other people I love – it’s food, it’s music, it’s people. There is no other place like it.  No other place with so much heart, soul, and spirit. Katrina didn’t beat them and neither will Isaac. I'd bet my petrified frog on that. 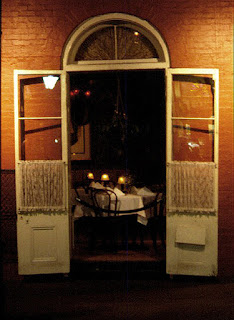 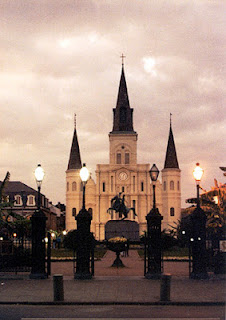 Recommended:
"Nine Lives: Death and Life in " a book by Dan Baum that follows the lives of nine citizens of from Hurricane Betsy through Hurricane Katrina.


Nine Lives the musical – an adaptation by Paul Sanchez and Colman deKay with some wonderful music.


"A Confederacy of Dunces” a novel by John Kennedy Toole.


William Faulkner, Tennessee Williams, Truman Capote and Elmore Leonard are some of the great writers from whose works typify the character of the city.