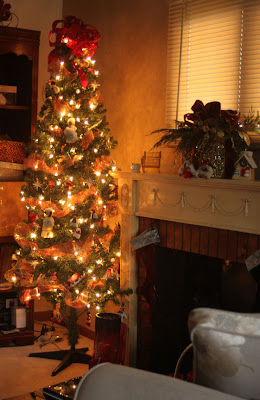 When I put up my Christmas tree I realized how long it had been since I last had a tree of my own. Since I always made it ‘home’ for Christmas, I usually never bothered to put one up in my own house, since I wouldn’t be there to enjoy it. Opening the box of ornaments it felt like – well, Christmas! There were ornaments new and old, store bought and hand made, ornaments I’ve chosen, 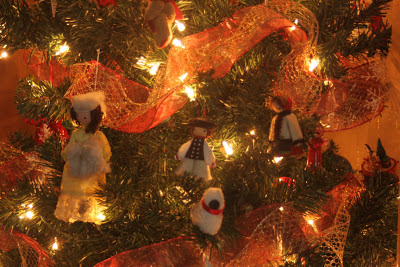 ornaments that were gifts, and ornaments I forgot I had. And almost every one has a story. Sequined ornaments I made the first Christmas I was married, elves that entertained my girls when they were small, a walnut santa, an orange turkey that we all have a laugh over every year. 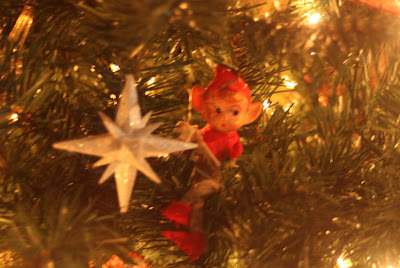 It occurred to me that that is what makes Christmas – the stories. The ornaments handed down from your grandmother, the ones your kids made, the ones received from a special friend, even ones you picked out yourself – they all come with a story. 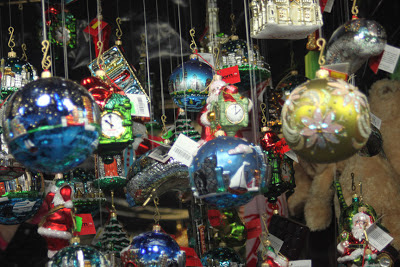 We enjoy the stories even if we never tell them. We relive them simply by looking at or touching those special mementos, because we carry those stories in our hearts. 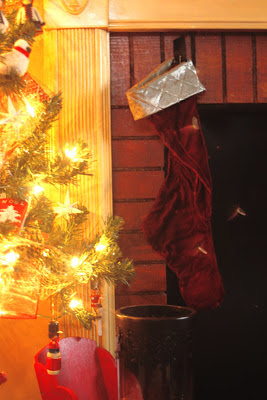 I have a Christmas story to share. It’s a true story and it happened, oh, quite a few years back. It’s a good story.


It is reprinted here pretty much as published in the Cup of Comfort for Christmas anthology.


It was the first Christmas without both of my grandparents. They had lived full, rich lives into their eighties, leaving behind five children, four grandchildren, and five great-granddaughters. Grandpa had died first, after a brief bout with bone cancer, at home on Thanksgiving night. Several years later, congestive heart failure finally won the battle and took Grandma in her sleep one January night.


The tradition in my Slovak family is to open gifts on Christmas Eve after enjoying a home-cooked dinner of sour soup (which only those of Slavic heritage can appreciate) and fish. With grandmother no longer there to prepare the old-fashioned Christmas Eve meal, we debated for weeks whether to continue the tradition. But we decided it just wouldn’t be Christmas Eve without our fish and sour soup.


My mother and her younger sister got out their mother’s handwritten recipes and gave it their best shot. After all, they had assisted her with the preparations for years. How hard could it be? My mother baked the traditional nut and poppy seed rolls, which were even tastier than Grandma’s. And she found just the right kind of fish for the entrée and mushrooms for the soup. The rest of us did what we could; peeled and boiled potatoes, cleaned and prepared the vegetables, set the table. We even remembered my grandmother’s sugared, stewed prunes.


Sixteen of us shared the new, old-fashioned Christmas Eve dinner that year, which turned out to be almost as good as Grandma’s. Everyone was glad that we had decided not to give up that tradition.


After doing the dishes and opening the Christmas presents, the adults sat around the living room, reminiscing as families do on holidays, while the children went off to play together. The freshly cut tree was beautifully decorated, as always, with lights and ornaments that had been around forever. It stood in a corner of the living room where my grandparents’ favorite chairs had always been, as if to fill the void of their absence.


As I sat across the room, gazing at the tree, the oddest thing happened. The tree shook. Gently, as if someone had reached in, grabbed it by the trunk, and given it a single shake. All heads turned at the melodious sound of the ornaments tinkling gently, sweetly, momentarily hypnotized until the ornaments settled back into place. No one spoke. Then we all spoke at once.


One uncle grabbed his camera and took a picture of the tree.


We did our best to explain what happened, but couldn’t. It was December in ; no windows were open, no door had opened or closed to cause a breeze. No one was even walking around; everyone in the room was sitting. We looked under the tree for a toddler; all the kids were in another room on the other side of the house. We jumped on the floor. The tree didn’t move. (The house has a concrete floor. Nothing moved.) Needless to say, there was only one topic of conversation the rest of the evening.


A few weeks later, my uncle brought his pictures around. On the photo he’d taken of the shaking tree was a pair of round, hazy, but obvious gray spots. Lens flare? Maybe. Spirits of Christmas past? We will never know. Film is sensitive; there could be a technical explanation. Then again, maybe not. 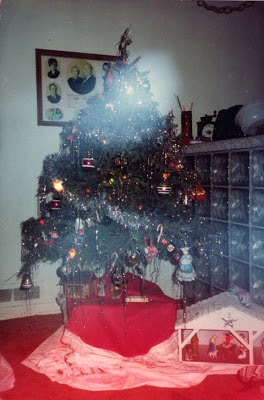 We still discuss this event at family gatherings, especially at Christmas, when we all sit around looking at the tree and hoping, I think, that it will move again. But it never has. And we’ve never found a physical explanation for the tree’s shaking. What we do know for sure is that we all had the same feeling when it happened; that Grandma and Grandpa had found a way to tell us they were together again and happy that we had carried on our family Christmas tradition.

As always, words and photos are my own, and require permission to reprint. However, feel free to share the blog in it's entirety. In fact, I encourage it!