Last Christmas I shared one of my Christmas memories with you. This year I have another.  This one appears in A Cup of Comfort for Mothers. 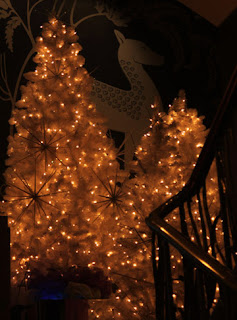 My youngest daughter moved out of the house just a few weeks before Christmas – the last one of the three to leave the nest.  But it was okay. It was time to move on, for both of us.  She was ready to assert her independence, and I was ready to make a few changes to the house – a new guest bedroom, for instance.  She also took her dogs – all three of them – and the house was, indeed, quiet.  Ahh, sweet bliss!  Visions of long, uninterrupted bubble baths began to emerge.


“Oh Mom, are you going to be okay?” lamented daughter number two as she helped me unpack my Christmas decorations.  “You’re going to be all alone when you wake up on Christmas morning.”


Pop! There went that bubble of idyllic solitude.  I hadn’t thought of waking to an empty house on Christmas morning.


“Are you going to hang your stocking?” she asked.

One December when my girls were little I had made all of us Christmas stockings of jewel-toned velvet – in our favorite colors, banded with quilted gold lamé́ and trimmed with ribbon.  Each girl had taken hers when she moved out and all I had now was my own.


Their father and I had been divorced for about ten years, so I was pretty much used to being alone, I thought.  Still, on Christmas morning there had always been stockings filled with candy and small gifts hanging from the mantle.  Seeing what was in our stockings had always been one of our favorite traditions.  It was often a creative challenge to find things that would actually fit into the stockings.


No, I hadn’t thought of a Christmas morning without at least one daughter to share our stocking tradition.  Now, when I did, imagining a single, empty stocking hanging from the fireplace seemed awfully lonely. 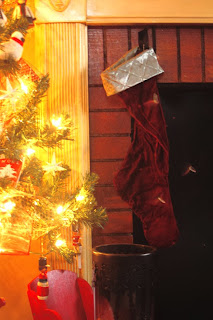 “Probably not” I answered my middle child.  "Thanks a lot, daughter!” I teased.


Several times over the days leading up to Christmas I tried to imagine how I would feel waking up alone on Christmas morning.  Finally, I just resigned myself to making do with a mug of hot coffee and a plate of my favorite Christmas cookies.  I always baked cookies.  This year I had given most of them to the girls – keeping a few for myself, of course.  I would just have to cope.


As it turned out I hung my stocking after all, deciding it was just a decoration and hoped that someday there would be two stockings hanging side by side – that I would have someone special to make and fill a new stocking for.  It looked pretty. A Christmas hearth needed stockings, even if it was only one.


I spent Christmas Eve at my mother’s house, celebrating with uncles, aunts, and cousins.  My daughters and their boyfriends stopped in of course, but they were all in serious relationships, which meant they had other stops to make that night.  I wasn’t the only mother who had to be kept happy on Christmas Eve!  It was a nice evening but I guess nothing ever lives up to those memories of Christmas as a kid and when you have children of your own.


It was snowing as I drove home.


I hung up my coat, got into my pajamas, and settled into my favorite living room chair to bask in the glow of the Christmas lights.  It was so peaceful.  But what to my wondering eyes should appear!  My stocking, hanging from the mantle, was filled to the brim! Shiny bows peeked from the top, a couple more were scattered on the hearth.  I could not have been more surprised. There really is a Santa! I thought.  I laughed, I cried, I shook my head.  It was the sweetest thing anyone could have done for me!  I couldn’t resist. I opened one package and left the rest for the morning.


Such fun it was having those gifts to open the next morning!  Lovely soaps, bath oil, lotions, and a sea sponge.  I would have those bubble baths I’d been dreaming about.  There were even a couple of new CD’s for me to listen to as I soaked.  My daughters made my Christmas that year.  Sure, I was their mother, but it was so thoughtful. I felt so proud of them.  I assumed they had gotten together and picked a designated stocking stuffer, but I found out later that was not the case.  They each had come up with the idea and made the trip on their own, independent of one another.


The neighbors must have wondered at my exuberance as I shoveled the snow from the walk that morning – waving and calling out “Merry Christmas!”  My children loved me.  And my nest would never be empty of their love. What more could any mother want? 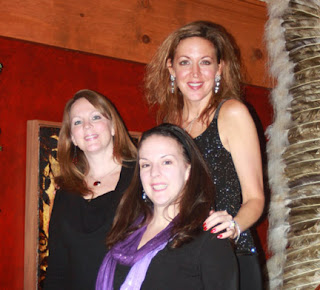 If you'd like to read my other Christmas story here's the link  http://maureenblevins.blogspot.com/2012/12/positively-decking-halls-and-oh.html
May you all have a wonderful Christmas! If you don't celebrate Christmas, I hope whatever holiday you do observe is the best ever!
As always, words and photos are my own, and require permission to reprint.
However, feel free to share the blog in it's entirety. In fact, I encourage it!
Posted by Mauverneen at Tuesday, December 24, 2013