My mother is a great Ernest Hemingway fan.  Her favorite book of all time is The Sun Also Rises. When I found out he was born and raised in , I thought she might enjoy a trip to the Ernest Hemingway museum and his birthplace. So my aunt, my mom and I took a field trip. It turned out to be better than we expected.


Only about a 45 minute drive from where we live, we were lucky enough to find parking right across the street. The museum is housed in a former Church – an imposing structure and a fitting venue for a museum. 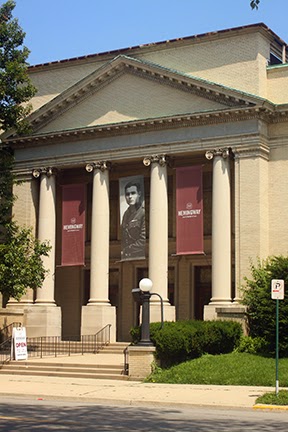 The museum itself is small – basically a one-room affair, but it is full of memorabilia and related items from his childhood, war years, and his years as a successful writer. 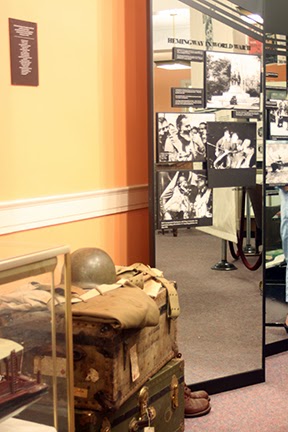 The price of admission includes entry into both the museum and a tour of his birthplace – just a short walk up the block. It’s a beautiful home in a neighborhood full of beautiful homes. Frank Lloyd Wright was from too and his former studio is right around the corner, as are a number of other FL Wright designed homes. Another trip for sure! 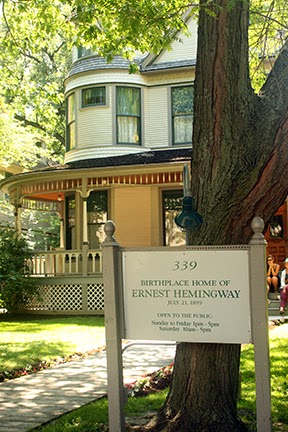 What a delight our tour of the Hemingway home was. We had a wonderful guide named Michelle who was just bursting with stories and details on the Hemingways.
Our biggest revelation was in finding that his family was very well-to-do, which could explain a lot about his later years – he was spoiled rotten. His father was a doctor, well respected but not making a fortune. His mother, a would-be opera singer, gave voice and music lessons in her home and commanded a nice sum for those lessons. She not only had the background and the talent, but the neighbors had the means to afford her. Even her servants often worked in exchange for lessons and she far out-earned her husband. She made her operatic debut in , at the Met, and would no doubt have been a success but for problems with her eyes. A bout of scarlet fever as a child left her vision affected.  The gas lights were fine but when electric lighting went in, her eyes just could not take it.  Returning home to she eventually married the young doctor who lived across the street.


Their home reflected their affluence, with modern conveniences of the day - electricity, an indoor bathroom and a telephone. Although the home is decorated in the style of the era when the family lived in it, few pieces on display actually belonged to the family. Because of that, you can sit on and touch most of the pieces in there. Not something you encounter very often.
I marveled at how many photos there were of the family, and of young Ernest. No surprise after learning that one of his father’s hobbies was photography. His other hobbies had to do with science and the outdoors and he instilled in his young son a love of the outdoors and hunting.


Both grandfathers had served in the Civil War and their service documents hang side by side in the library. A photo gallery in the upstairs hallway displayed many more family photos. Both the Hemingways and the Halls (his mother’s maiden name) were educated, successful families. One of his grandmothers even attended college, graduating second in her class with a double major of botany and astronomy. Very unusual for a girl of the civil war era.


﻿﻿As much a journalist as a writer of fiction, Hemingway lived an interesting, adventure filled life and based most of his writing on his personal experiences.  Many of us are familiar with at least the titles of his books and the movies that have been made from them and have heard some stories of his later years as a writer; his four wives, his hunting safaris, his days in Cuba and Paris and Key West and his eventual depression and tragic suicide in Ketchum, Idaho.  The museum covered it all, but my favorite part of the tour was the house, where he was born and spent the first six years of his life – formative years full of music lessons with his mother, summer vacations, stories told by his grandfather, forays into the prairie with his father – a privileged life, a life full of promise. It is a fascinating insight into the life of one of ’s great literary talents. 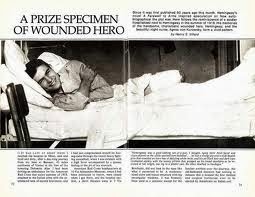 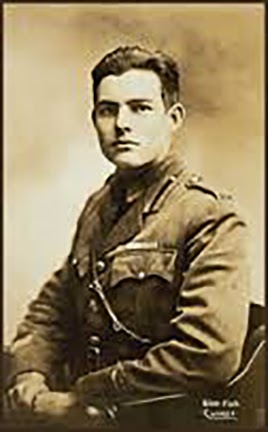 His birthday is July 21st and the town of is celebrating the 115th  this year. One of the nearby buildings is turning into a Paris Metro for the evening of July 19th, with a 1920’s theme, featuring readings of some of his work and letters to friends, such as F. Scott Fitzgerald, Ezra Pound, and many other of his famous friends and acquaintances.


If you go: It is recommended that you start your tour at the museum where you are free to browse at your leisure, and then go on to the home for a guided tour.  http://www.ehfop.org/


**The family moved to another home just a few blocks away but it is currently occupied. 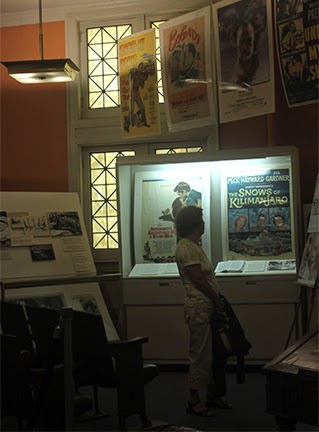 
Interested in photo prints? Contact me! maureenblevins@yahoo.com
See more of my photos at  http://fineartamerica.com/profiles/1-mauverneen-blevins.htmtab=artwork
JULY SPECIAL: FineArtAmerica is offering a $100 wine certificate with ANY purchase!
and visit my website: http://mauverneen.com