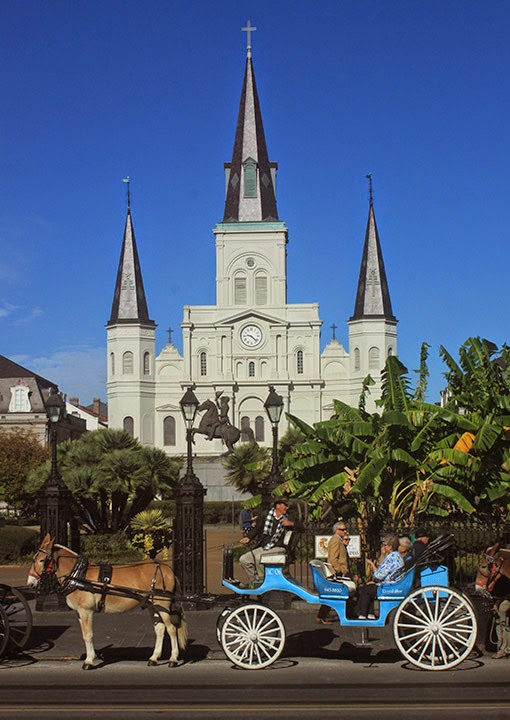 It was a destination wedding and the destination was ! Several months of intense planning by the bride-to-be and her fiancé put together an outstanding event.


About a dozen of us were on the same flight out of and a number of us were staying at the same hotel. What fun to run into people you know when you’re out and about away from home - at breakfast, over drinks, in the hallway and even out on a crowded street!


A welcome letter from the soon-to-be newlyweds was presented when we arrived with a list of suggestions on sights to see, places to eat, and a reminder on the time and place of the wedding. They thoughtfully included gift certificates for Café du Monde so everyone had a chance to sample those famous beignets! 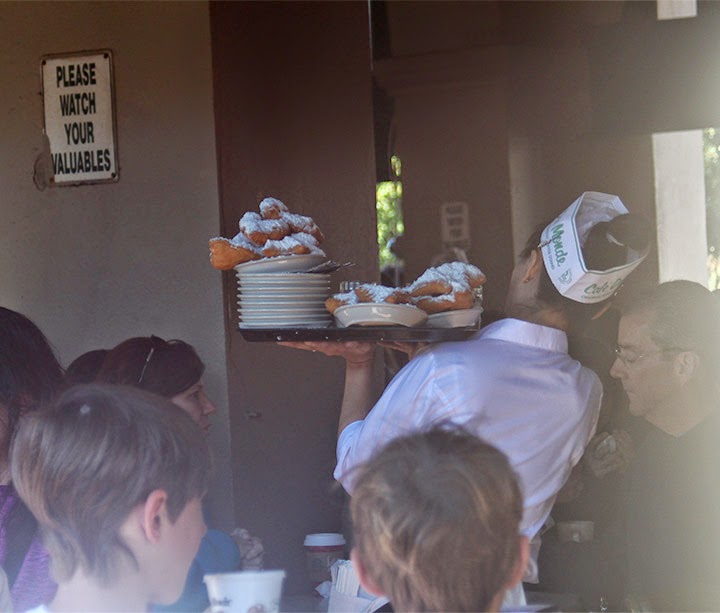 The rehearsal dinner at Tommy’s was a delightful taste of cuisine. A seafood platter of oysters, shrimp, mussels, stuffed mushrooms and escargot started us off followed by a delicious turtle soup. Roast duck or drumfish smothered in a seafood sauce were entrée choices and both were outstanding. And not too many desserts could be a better choice for the Big Easy than Bananas Foster.
(Un)Welcome back to those pounds I lost beforehand!

The wedding day dawned bright and sunny. A blessing since the ceremony and reception were being held in the courtyard of the on . 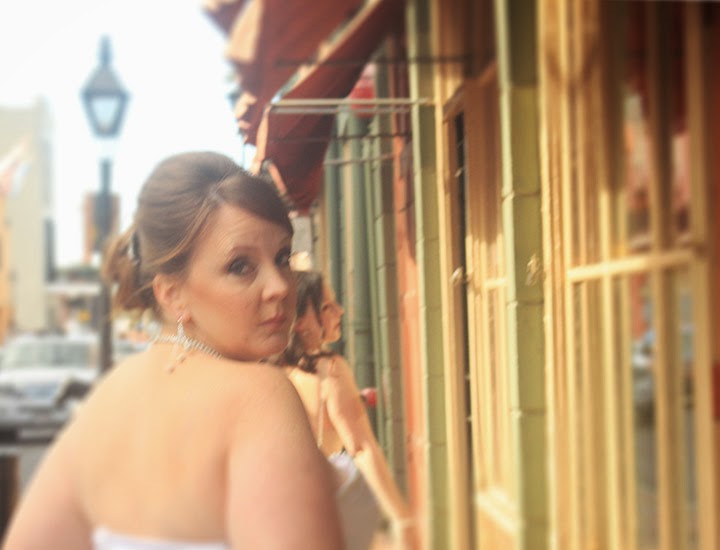 The ceremony was lovely, a personal friend of the couple doing the honors officiating.


The women had been advised (and reminded) to bring a change of footwear for a portion of the day and soon found out why – the couple was having a Second Line! For those of you unfamiliar with a second line - it is a moving party! 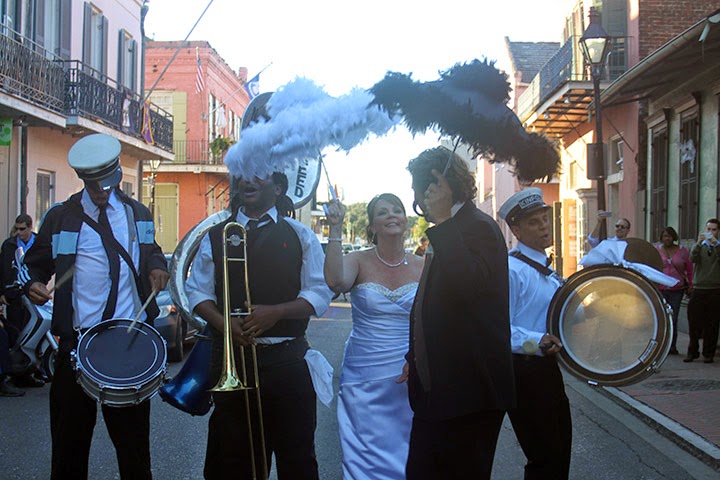 The band and police escort arrived, as well as a pedicab for the bride’s grandmother (92!). Now, I do some ‘dancing’ in my car sometimes as I’m driving (you know what I mean) but I never knew you could dance while peddling a bike – but this driver had his moves down! 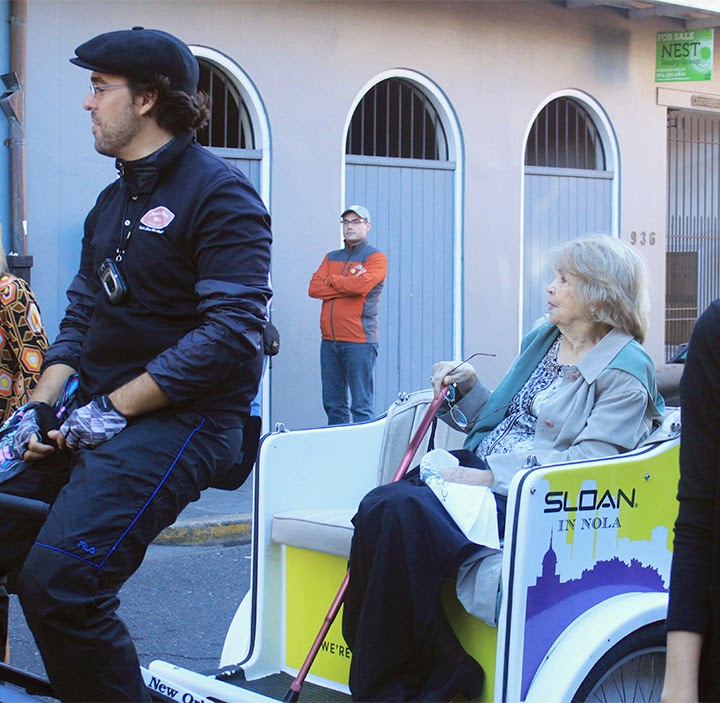 We paraded behind the band and the newlyweds with their umbrellas, waving our white souvenir kerchiefs, singing and shouting and generally whooping it up. People stopped to cheer us on, taking pictures and videos of the party. Everybody loves a parade, and bystanders seemed as genuinely excited to be part of the celebration as we were. None of us in had ever done anything like that before and we all agreed - it was awesome fun! 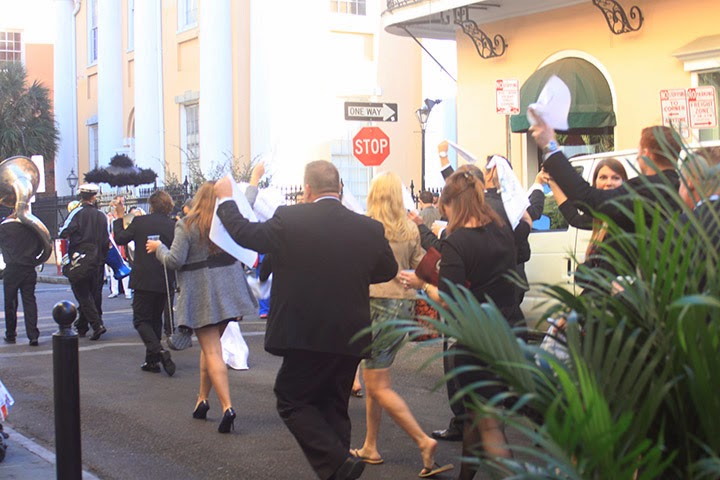 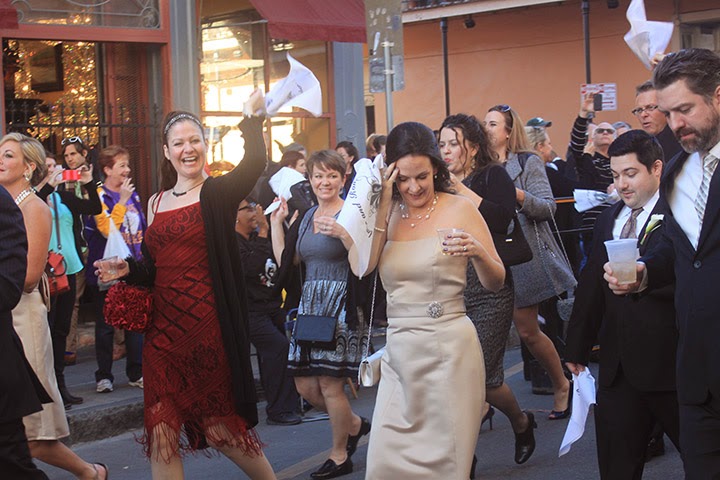 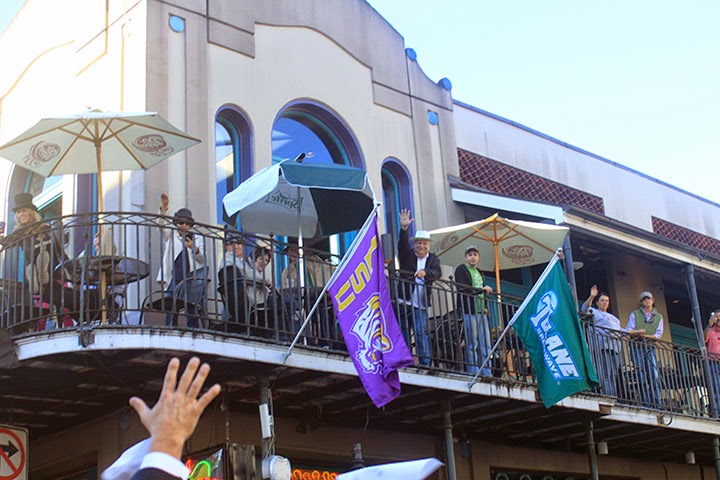 Arriving back at the courtyard, the chairs had been cleared away and replaced with tables for the dinner. Toasts of course were both touching and funny. And then - we danced the night away! 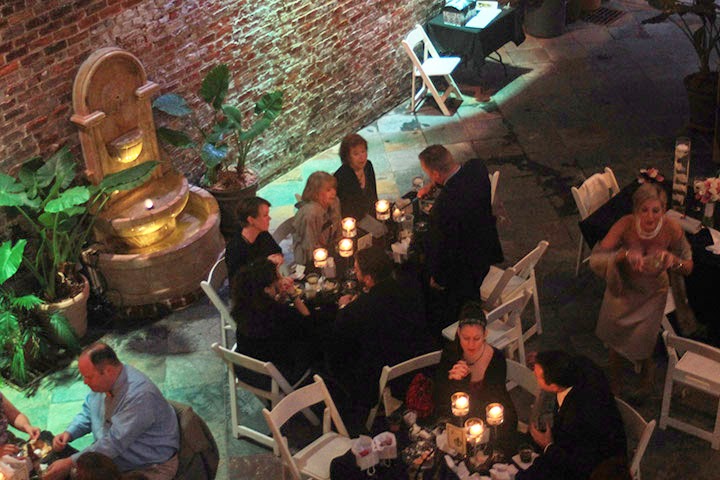 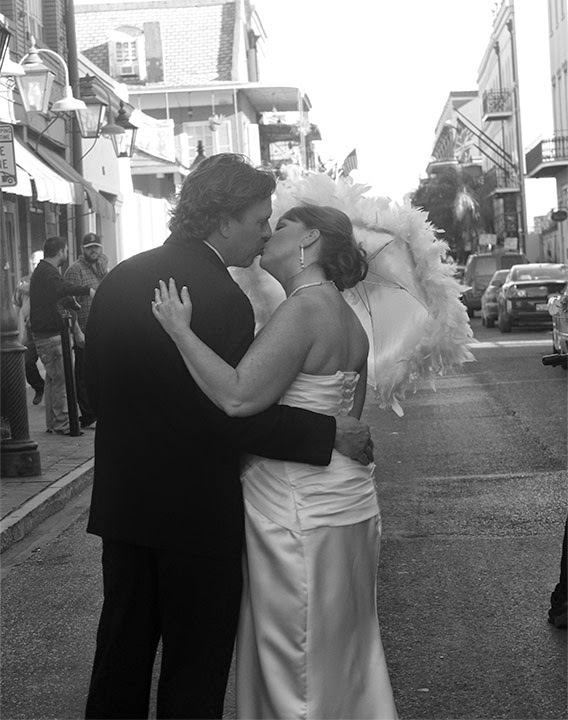 As always, words and photos are my own, and require permission to reprint.
However, feel free to share the blog in it's entirety. In fact, I encourage it!
Interested in photo prints? Contact me! maureenblevins@yahoo.com
See more of my photos at http://fineartamerica.com/profiles/1-mauverneen-blevins.html
and visit my website: http://mauverneen.com

Posted by Mauverneen at Tuesday, November 18, 2014