﻿
This past weekend I took advantage of the break in the weather to join some friends on a winter hike in Starved Rock State Park. The park is located along the Illinois River, about 100 miles southwest of Chicago, just outside Utica, IL.

I remember going there as a kid. My family would take a picnic lunch and we would hike the trails. I remember the canyons and I remember climbing to the top of the Rock. My mother, fearful of heights, never let me near the edge. These days, it’s a lot safer. And easier. Now there are wooden stairs climbing to the top and guard rails to keep people away from the edge. 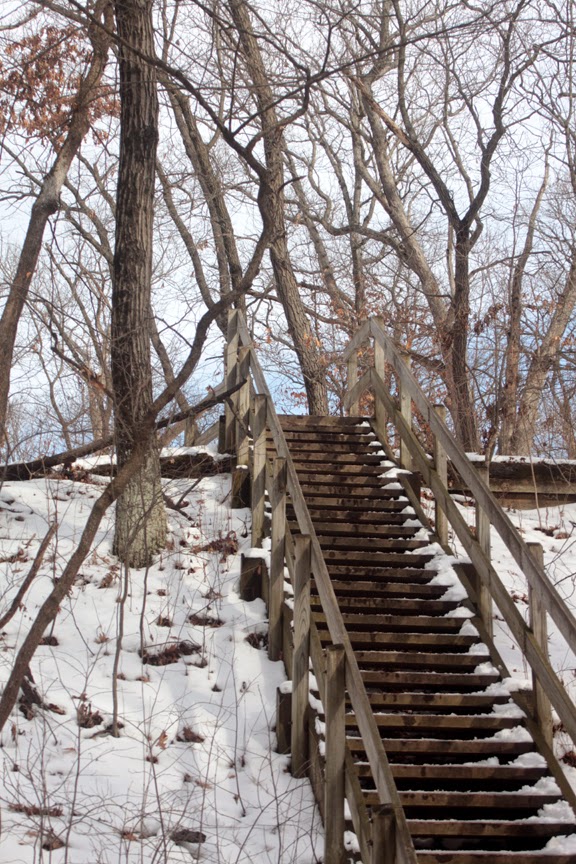 The park derives its name from a Native American legend. In the 1760s, Chief Pontiac of the tribe was attending a tribal council meeting. At this council of the and the Pottawatomie, Kinebo, the head chief of the tribe stabbed Chief Pontiac. Vengeance arose in ’s followers and a great battle started.  The , fearing death, took refuge on the great rock.  After many days, the remaining died of starvation giving this historic park its name – Starved Rock.

As a youngster, I had never been there in the winter, so this was a treat. The snowfall has been minimal this year and the hiking trails were very accessible. Eagles winter in the area, fishing in the waters of the river, and the park has Eagle Watching weekends. 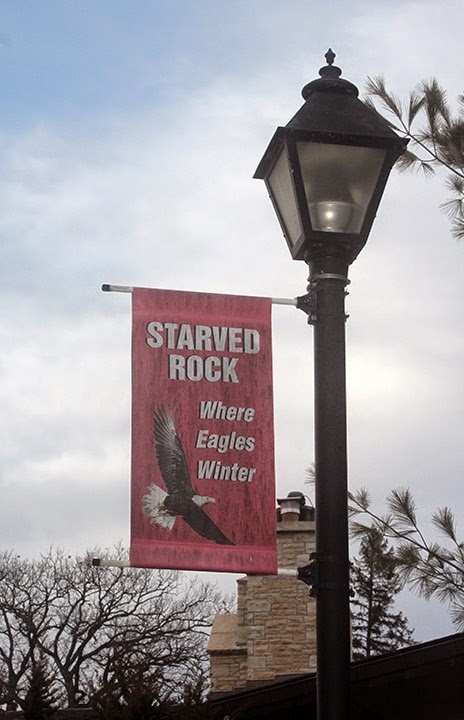 But the hike was the goal this trip. Volunteers lead groups out to the various trails (13 miles of them) and canyons. Although one can do the trails on your own, it was nice to have a guide. He was full of information about the history of the park, the plants, and other assorted trivia.

In the 1890′s, a man named Daniel Hitt purchased the site and developed the land for vacationers - with a hotel, dance pavilion and swimming area. In 1911, the State of purchased the site, making it the state’s first recreational park. In the 1930′s the Civilian Conservation Corps placed three camps at Starved Rock State Park and began building the Lodge and trail systems. The great room of the lodge has a huge stone fireplace. One of my uncles was with the CCC and helped build it, so I have a personal connection to that piece of history.

After our hike we warmed up in the Back Door Lounge and had some dinner. The lounge is more casual than the dining room, with a menu to match. There were three of us. We each had something different, but we all agreed the food was good! I decided to try the ‘Starved Rock’ Chardonnay. Not bad at all.

One of these times I’d like to spend a night or two in one of their cabins. It would be fun to get up very early and catch the morning light on the water, the trees, and the rocks, hike all day, take advantage of some delicious food and be able to have a second glass of that chardonnay before falling into bed, where I would hopefully dream of a time when the Indians occupied the land. I'm sure their ghosts are around - particularly if the legend is true. 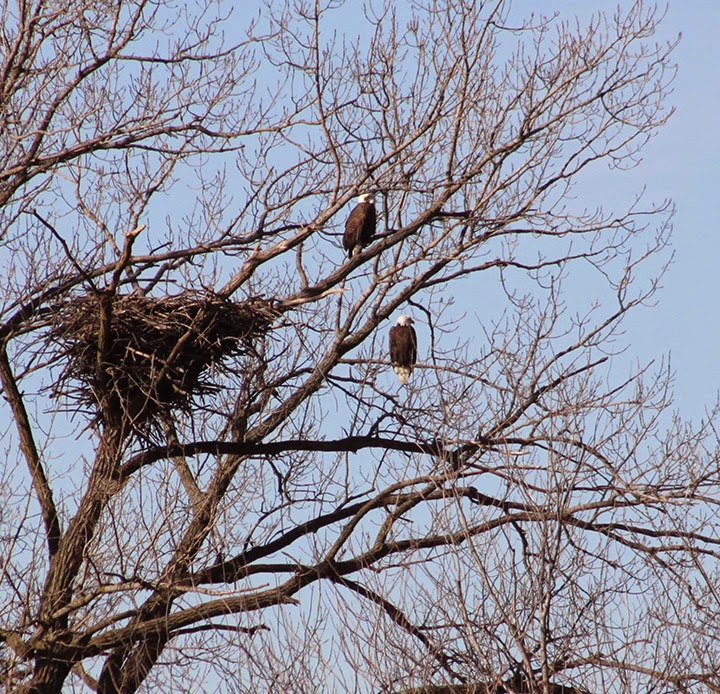 
As always, words and photos are my own, and require permission to reprint.
However, feel free to share the blog in it's entirety. In fact, I encourage it!
Interested in photo prints? Contact me! maureenblevins@yahoo.com
See more photos at http://fineartamerica.com/profiles/1-mauverneen-blevins.html
and visit my website: http://mauverneen.com