by Mauverneen
﻿
When Star Wars premiered in May, 1977 it was a huge success. Like most people, I went to see it. Sci-Fi was never really my favorite thing, but I was captivated. It was fun, exciting, different. Three years later there was a sequel and three years after that the trilogy was complete.


A third trilogy is about to about to be presented to the masses beginning with Star Wars: The Force Awakens, Planned for release in December, 2015.


It’s a phenomenon that just won’t go away. Which makes a lot of people very happy.


and the public library held a Star Wars Day on Saturday, June 6th. Darth was there, Han Solo, Luke and several Princess Leias. Driving around the downtown area looking for parking, it was fun to see numerous strange characters walking the street. 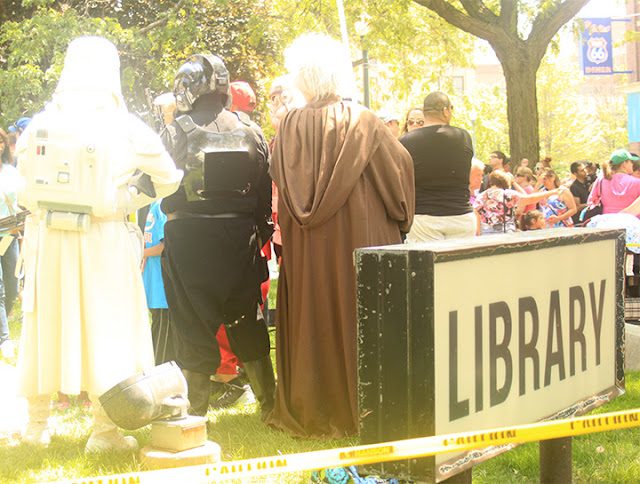 
The films have spawned video games, clothing, toys, books, action figures and conventions. A huge one is being planned for July 2016 in at the ExCeL London Exhibition andConvention Centre to celebrate all things Star Wars.  According to the website it will feature Star Wars cast and crew, costumes, exclusive merchandise, entertainment, exhibits, an interactive show floor, screenings, celebrity guests, panels, autograph sessions and never-before-seen glimpses into the future of Star Wars. Whew! 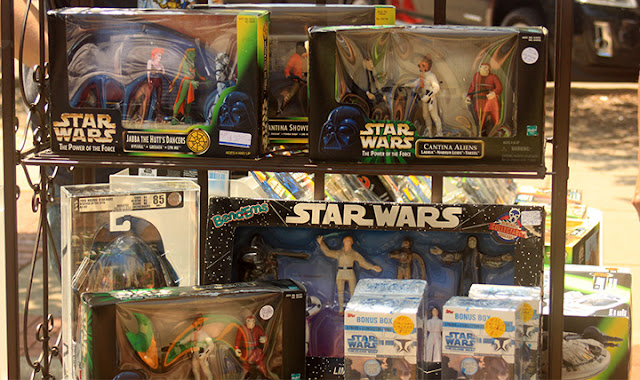 Good news for hard core fans – there is a future. But I have to wonder, after 9 films, what could possibly be left? They hint at more movies and maybe some television. They promise something for everyone while celebrating all that has come before plus those glimpses into the future during the three day celebration.

Better pack that light saber and your Star Wars lunchbox and start planning your vacation now Star Wars fans. And may the force be with you! 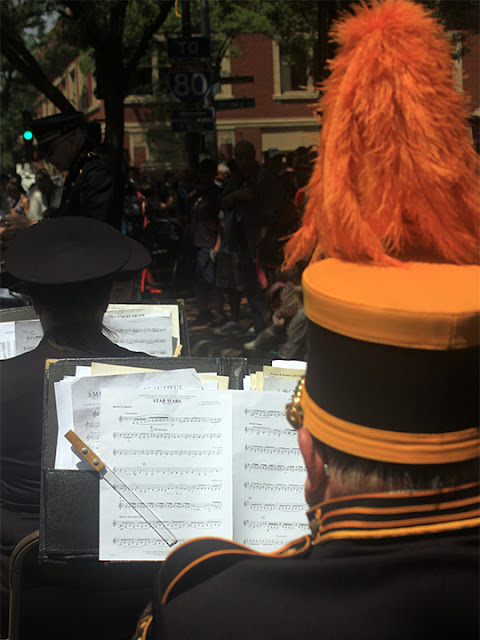