I crammed a lot into my one day in . Now it was time to move on and continue my trip. My reservation for the next night was at the – at the Yavapai Lodge. I was anxious to get going, but first thing in the morning I had a good breakfast, checked out of the motel and headed over to the . Being a State Park, I expected it to be outside of town. To my surprise, it is just a couple of blocks off the main road, right by the University. 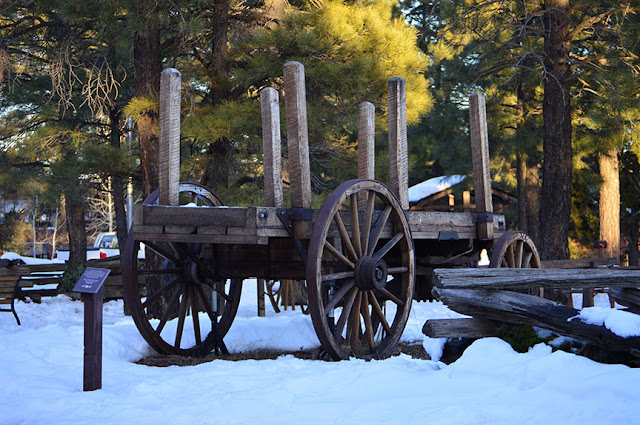 Although one is free to wander about the grounds, as I did the previous evening, seeing the interior of the mansion is by guided tour only. Since I had just missed the last tour of the day before, I made sure I was on site in plenty of time for the first one this day.


In ’s early days, brothers Timothy and Michael Riordan made their fortune in the lumber business. They married a pair of sisters – Caroline and Elizabeth Metz - and built their homes next to one another, eventually connecting them by means of a ‘family room’ or ‘great room’, thus accounting for the long, rambling configuration. Quite the unique structure! Built in 1904 as mirror images of one another, it was designed by architect Charles Whittlesey, who designed the historic El Tovar Hotel at the . The brothers had seen those plans, liked what they saw, and contracted Mr. Whittlesey to design their homes. The Arts & Crafts style home is built mainly of Ponderosa pine and local volcanic rock.


Because they were wealthy, they were able to enjoy the modern conveniences of electricity, central heat, and hot and cold running water. My guide – and for about half the tour I had her all to myself – was full of details about the house and the families. Devout Catholics, they even had a small chapel incorporated into one of the landings. One of the brothers, before he married, had hopes of becoming a priest.


Only one of the homes and the common area is actually included in the tour. The main floor of the second house is open to visitors as a museum, with displays about the family and early . The family six car garage sadly held not a single auto but has been turned into the visitor center.
Most impressive was the dining table designed by Timothy, and the central room, with it’s massive fireplace, pool table and special windows. The windows in that room are imprinted with historic photographs attributed to Jack Hillers, and are original to the home.

Picture taking is highly discouraged during tours, but there is a photo gallery on the Riordan website  http://azstateparks.com/Parks/RIMA/gallery.html

After spending time at the I headed up Route 180 towards the .


I had been told the roads to the Canyon were clear, but could be busy. I was also  that the week prior to my visit, had received over 30 inches of snow. Which was one reason the roads were crowded.  “Everybody drives up from to see the snow.”  Secondly, it was a holiday (Martin Luther King Day). Evidence of snow birds was definitely around – little snowmen were everywhere. I guess if you never see snow you want to touch it and play in it. First you throw a snowball or two, then you build a snowman.


Just outside of town I saw signs for the . It had been on my list, but being a bit behind schedule I figured I would have to pass on it. Now, seeing the signs I realized it was right on my way. Oh look, there it is! I pulled in.


Even though I did not get to spend as much time as I would have liked, I am happy I stopped. It is an excellent museum, dedicated to anthropology, biology, geology and fine art of early . 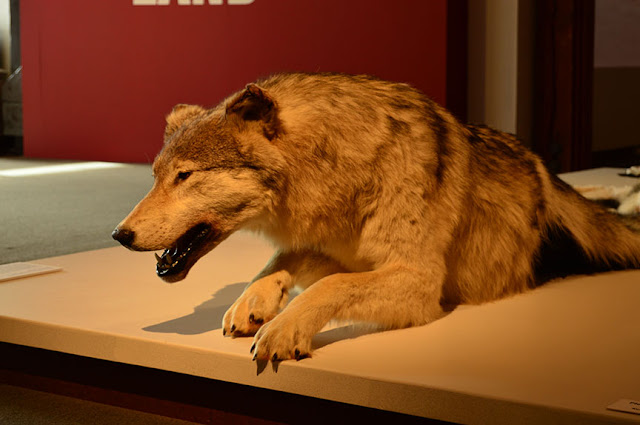 Laid out so that you pass from one gallery to another, eventually coming back to your original location, it is beautiful, informative, and well worth the stop. The current exhibit (which ended Feb. 15) was 'You Are On Indian Land', a ''perspective on indigenous art while actively engaging the notion of pop culture, misappropriation and stereotypical representation''.
Much of the museum is related to the Native American cultures of the Southwest, with generous displays of pottery and jewelry from the Zuni, Hopi, and Navajo. 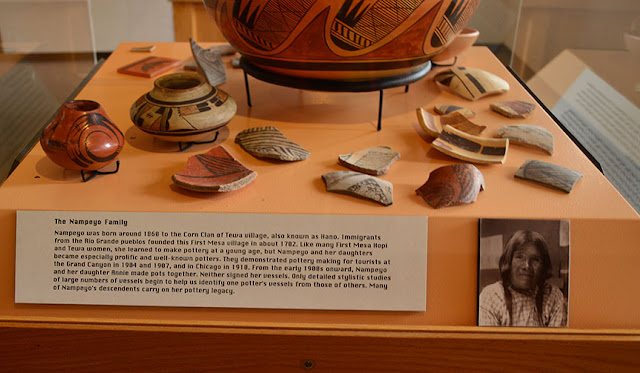 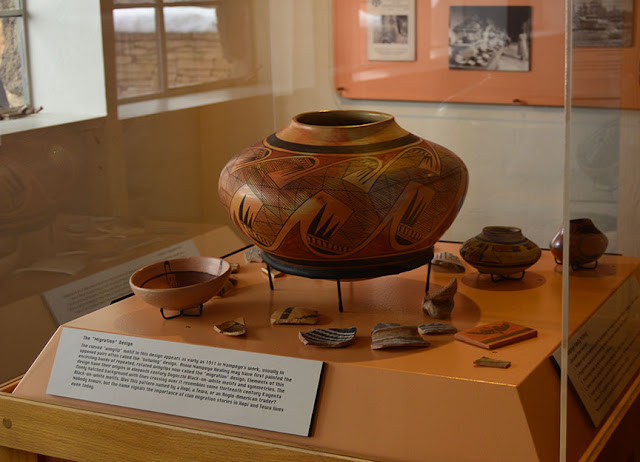 
Also impressive, and likely to appeal to youngsters, are the dinosaurs. Castings made from actual dinosaur fossils dominate those galleries.


After browsing as long as I dared, I was back on the road.


I made one other detour, wanting to see the ‘Snow Bowl’ and to find out exactly what it was.


It is a ski area featuring four lifts, 32 trails, and a vertical drop of 2300 feet. They say from the summit, on a clear day, you can see the North Rim of the Grand Canyon, some eighty miles away. The road meandered up, up, up, through stands of Pine and . It was beautiful, and I could only imagine how lovely it must be in the fall, when all those Aspen wore their autumn gold. I lost count of the snowmen.
The road came to a parking lot, and a Lodge, where lots of people were sledding, playing in the snow, or, like me,  just taking it all in. The view was spectacular!


For the most part the roads were clear, as promised but in the widely open areas, snow was blowing hard across the highway. At one point I lost some time waiting for the road to be cleared as a car was pulled from a snow bank. There seemed to be no injuries and no damage, just apparently, someone not used to driving in the snow.
Eventually the snow thinned and I could see wide open vistas all around me. Clusters of motels and restaurants began to pop up. I was getting close. 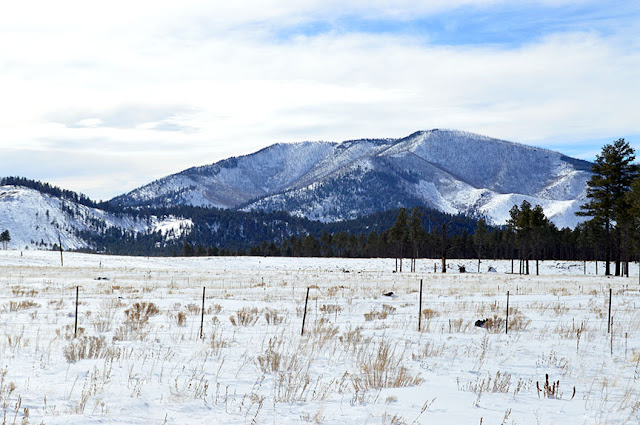 Next stop –The Grand Canyon!

All photos are my own, unless otherwise credited
Interested in photo prints? Contact me! maureenblevins@yahoo.com
See more photos at http://fineartamerica.com/profiles/1-mauverneen-blevins.html
I am always adding more!
and visit my website: http://mauverneen.com
Posted by Mauverneen at Tuesday, February 16, 2016