Last week was National Dog Day – A day to raise Awareness for homeless dogs, rescue dogs, dogs in shelters, dogs that might get put down if someone doesn’t adopt them.  I knew that when I did get ready to get a dog it would be from one of the shelters.


I live in a tiny space, I can’t have too big a dog, I don’t want too small a dog, I don’t have a fenced yard, I .… ; I had a list of excuses.  Thursday one of my daughters posted a photo to my Facebook page of a dog that was up for adoption. Friday morning, I had a dog.


Well, he was darn cute and several people chimed in on just how cute he was and that he looked like one of the family.  I thought I might as well go check him out. I had nothing else to do that day.


We spent some time in a ‘play room’ and when I left the room to ask a few questions, I found him waiting by the door when I came back. Hmmm.


Looking at him in my car I thought ‘What have I gotten myself into?’ 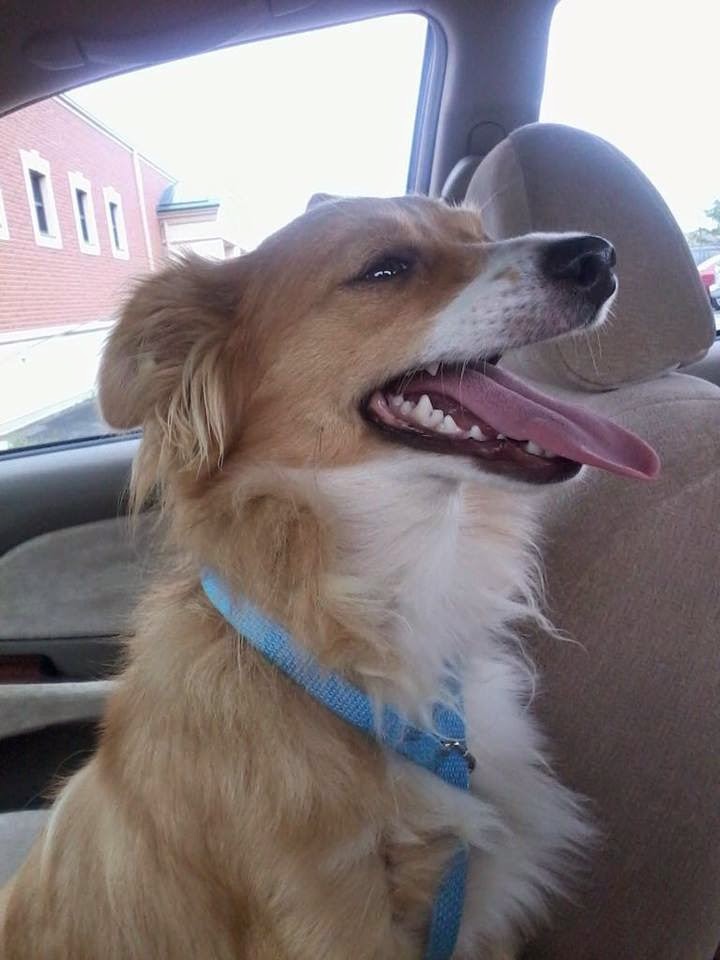 A trip to the pet store for food, dishes, a leash, toys, and a number of other necessities confirmed he was indeed an adorable dog. He found admirers all over the store.


At the drive through picking up a burger (for me, not him) the girl counted out my change “$3.81 And THAT is an adorable dog!’’ she gushed.


At the stop light the woman next to me took time out from her singing to give a big, squealing “Awwww! ’’


I didn’t have a name and considered - with a lot of help - a ton of them. I considered , for his short little legs, or Brad Pitt just because he is so darn cute. I could call him Prince, because he is definitely charming, or Casanova, because he loves everybody. I needed to sleep on it.
He was listed as a Chihuahua/Pomeranian mix but I don’t know. He is a mix of something. Corgi I would think, and Sheltie perhaps – he has a Collie face. He is young enough to be playful and old enough to be house broke. 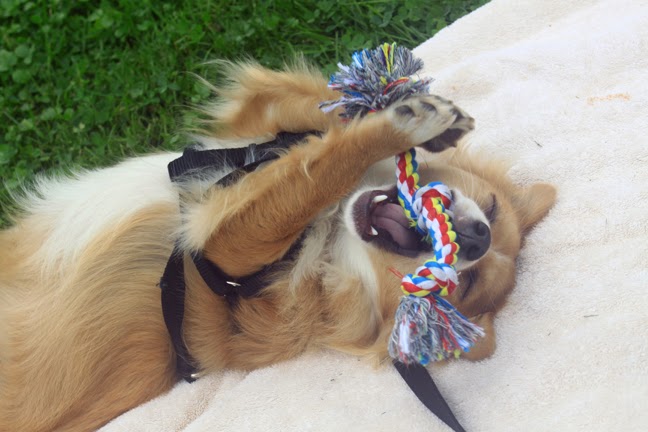 I’ve had him four days and we need to get another harness – he chewed through it and the leash is showing a few bite marks too. Hmmm.


Right now he is sleeping at my feet, next to my desk, looking quite cute and innocent. I’m so very glad I got him. He is not just adorable, he is going to be an excellent companion, and a good excuse to take those ‘daily’ walks I’ve been putting off too many times. 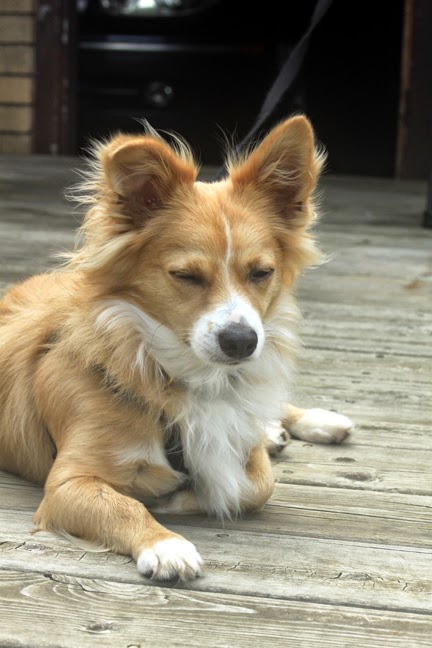 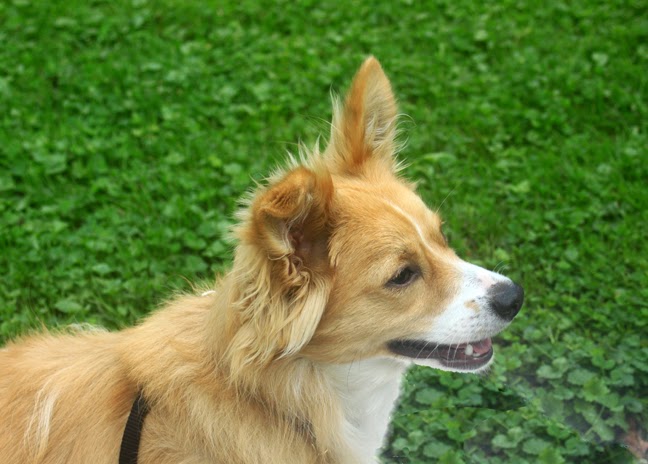 See more of my photos at  http://fineartamerica.com/profiles/1-mauverneen-blevins.htmtab=artwork
and visit my website: http://mauverneen.com
Posted by Mauverneen at Tuesday, September 02, 2014